Roots of the Nordic games supremacy. (1/2) 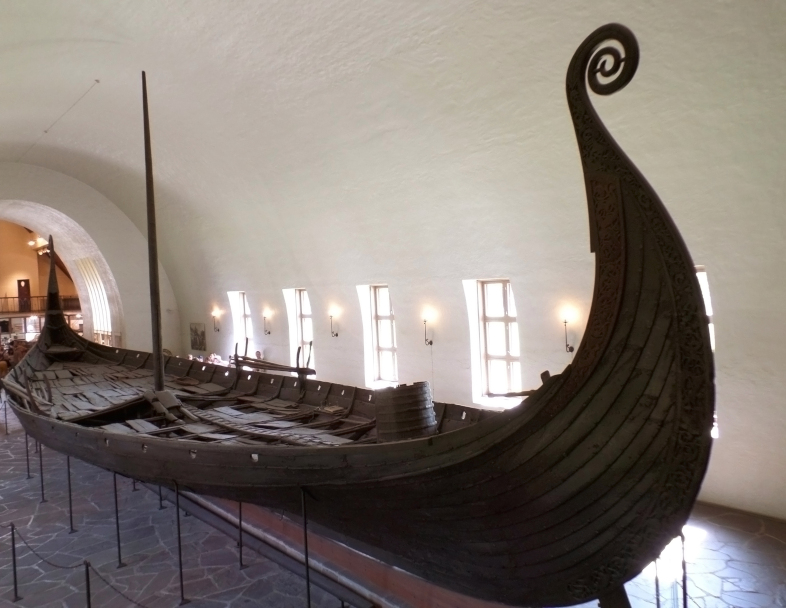 I'm going to pick ten games, or franchises, off the top of my head; Angry Birds (FI), Battlefield (SE), Candy Crush (SE), Conan (NO), EVE Online (IS), Fun Run (NO), Hitman (DK), Limbo (DK), Minecraft (SE) and Subway Surfers (DK). Chances are any given person has played at least one of them and, if not, they've definitely played a game built on the Unity (DK) engine. Games are a modern, leading pan-Nordic export success. Today, the Nordic average for the proportion of population employed in game development is 46 for every 100,000 people, with Finland and Sweden at 60 to 80 (UK: 23, US: 20, Japan: 19). Iceland comes in at over 100, with their games industry being the second-largest employer of IT personnel, after banking and insurance (Source: GDX.team).

To me, as should be obvious, this is a good thing, a sustainable Nordic supremacy in the global games industry. Should you disagree, either with it being a good thing or the supremacy itself, or if you would like to shortcut such progress in your own region or country, there are some note-worthy factors that have played an important role up until this point in time.

Nordic games are, on average, exceptionally well coded and visually remarkable. The latter is achieved by squeezing the most out of processors and memory, which also means coding well. Games are now an established and recognised speciality of ours, but being in the lead cannot be taken for granted, as that would be self-defeating. So, we need to understand how we got here.

In the Nordics, we have this widespread idea that we were sort of made for making games. Some say it’s the weather, as the long, dark winters do lend themselves perfectly to coding, art and design. But good design, user experience and ergonomics manifested themselves in Nordic industrial products, along with technical prowess, long before video games existed. Supposedly we have great storytelling traditions, but then who doesn’t? It is certain that a clear Atlantic re-orientation and good English were outcomes of WWII, and the fact that small-language economies require sub-titling instead of dubbing or voice-over certainly helps with the pronunciation.

In the mid-80s, home computers arrived, and we were early adopters like with most new tech, but software was expensive and hard to come by. Some found the small ads at the back of computer magazines, buying piles of pirate-copy floppy disks from Southeast Asia, while others spent hours downloading over dial-up from BBS systems. Still others, however, were so impatient that they developed the skills to break the copy-protection themselves on software snuck out of stores and back in again over the weekend, especially games.

Hundreds of young people did this in the Nordics, working in teams on the "warez" scene, "cracking" and racing to upload first. They put their team logos on the loading screens and the competition for the most impressive loading screens soon followed. Squeezing the most out of the hardware was the foundation for the resulting demo scene which, in April 2020, was included in Finland’s UNESCO-standard inventory of intangible cultural heritage. The creative, if questionable, accessing of other’s IP spawned a culture of its own.

In creative and entrepreneurial endeavours you choose to assume risk and then strive to minimise it. When doing that, you need to find a working balance between player and team, individual and collective, entrepreneur, corporation and government. A former General Secretary of the Nordic Council was once asked what the real essence of the cultural bond between the Nordic countries was. After much deliberation, his somewhat underwhelming response was: "We’re good at co-operating".

One example of such co-operation is the NMT mobile telephony standard, adopted in 1973 and rolled out by the Nordic state monopolies in 1981, positioning Ericsson and Nokia as global market leaders ever since. Nokia put the most effort, by far, into content market and geographic ecosystem development, one clear explanation for Finnish global leadership in mobile games. On the other hand, the Swedish industry is more diverse today, with a higher proportion of PC and console development. While the awful, often outright fraudulent, B2B market conditions around 2000 allowed few mobile game developers their success, many of them mastered squeezing the most out of the limiting hardware.

One factor not to be overlooked is the Swedish "Home-PC Reform" of 1997, when internet penetration was at 15%, a level the UK did not reach until 2000. In effect, employers and employees could purchase a PC at half price. Whether many parents really mastered Excel in their spare time, as intended, we don’t know, but we do know that over 20% of households got their first, or second, PC. Most were used at least partly for games and many 12-year-olds were inspired to try coding on hardware of their own.

When the iPhone came, and eventually the App Store, many Nordic developers "jailbroke" handsets and got themselves "early access" to the software development kits that Apple had reserved for US developers only, to give them six months to catch up with Nordic and, of course, Japanese and Korean mobile developers. Still, Apple found these superior creations on shady sites and invited them as App Store launch titles. Creative, if questionable, access to others’ IP spawned a Nordic app industry.

Finland has been highly supportive of the games sector through targeted innovation subsidies, Denmark and Norway have substantial cultural grants, but Sweden has had none of this. However, in 2004 I carried out a survey on Nordic games for the Nordic Council of Ministers, which led to me designing a support scheme: the Nordic Game Program. I then managed it for them, too, as a contractor. In 2006-2015 we ran dozens of export missions and some 120 games projects were seed funded for a total investment of 12 million euros. We supported a few of the games and tech developers I listed at the beginning, among many others. A fairly marginal role was thus played by my staff and I, but it was one that deliberately focused on building a joint Nordic industry brand, as opposed to five disparate national ones.

A dear friend of mine once commented on how we seem to be so good to one another in the Nordics, based on the assumption that, if you slog through the snow alone for an entire day before meeting even a single person, then you might as well be nice when you do. Others have speculated that bad weather leads to meritocracy, as your name and inheritance says nothing about your ability to save the ship, let alone earns you a place on board. Stuff just has to work and be reliable and so do people. It’s all about trust and risk management.

Games are about creating an experience for others, and to be marketable, creating truly new experiences that are richer or better in some aspect. Getting the most out of the hardware helps with storytelling.

Flat organisations and meritocracy lend themselves very well to game development because of the rapid, iterative development that is the norm, meant to arrive at something that functions well, is fun and brings in money, too. Successful creative endeavours cannot rely on experience alone, as better solutions often come from inspiration and unexpected sources. It is therefore important to foster a culture where everyone has a voice and a right to try to contribute. We tend to see the "don’t think you’re anything special" (or Jante-Law) sentiment that permeates Nordic culture as a negative, but it can temper the elitism that meritocracy might foster. Successful teamwork is a sensitive, dynamic balance between individualism and collective undertaking, and it probably helps to have grown up immersed in such a culture.

In the Nordics, we are very fortunate to have generous standards of living and social safety nets that ensure that a failing business does not equate to utter personal ruin. There will be some consequences the following year, however, if you use your government-issued student loan to finance full-time game development. Through optimism and such creative, if again questionable, financing along with the ease of starting a business, that half-year-runway can take you very far. In the games industry, you can quickly fail a couple of times, developing essential skills in the process, before some of us are finally forced to give up. We also have full IP protection rights and a healthy respect for other’s creations, but also legal traditions free from fantasy or punitive damages driven by rent-seeking lawyers, yet another ruinous risk minimised in the Nordics.

We certainly have high labour costs, as well as high taxes and social surcharges to pay for that safety net, but we compensate for this with creativity, quality, efficiency and reliability in delivery. Costs may also be inflated by a visible supremacy, though, so there is reason for caution. A concentration of talent is inherently good for innovation but, when you look at the cost levels of clusters like Silicon Valley or London, there must obviously be a point of diminishing returns.

Efficiency is strongly supported by responsibility, accountability and meritocracy. A low staff turnover naturally contributes to productivity, so mutual loyalty can offset higher costs of labour; countries with both high salaries and high staff turnover will always struggle to compete with the Nordics.

This concludes my musings on the roots of the Nordic supremacy in games. In the next part, we will look into its sustainability. I believe our drive to share stories and experiences, along with our engineering talent and industrial traditions, are not going to go away anytime soon, but that belief does not make it a certainty.